Pilate saith unto them, What shall I do then with Jesus which is called Christ?

This was the question that the Roman governor asked the Jewish people once they had examined that accused teacher and found no valid reason to give him a death sentence.
After trying to reason with them, Pilate gave in to the crucifixion request and the Gospel relates the following:

When Pilate saw that he could prevail nothing, but that rather a tumult was made, he took water, and washed his hands before the multitude, saying, I am innocent of the blood of this just person: see ye to it.

With this act of «washing his hands» Pilate wanted to free himself of the responsibility for the verdict against Jesus. Thus, the phrase “washing hands” continues to be used to this day, which means wanting to get rid of complicity or responsibility in decision-making.

But was Pilate able to free himself of his responsibility with that public act, having yielded to the people, knowing that they were giving Jesus to death unjustly and out of envy?

Pilate was terribly wrong if he thought that his words or washing his hands would free him from a stained conscience. The conscience cannot be washed with water.

Christ confronted him with the sin he was committing by misusing the authority that had been given him.

Jesus answered, Thou couldest have no power at all against me, except it were given thee from above: therefore he that delivered me unto thee hath the greater sin.

This response includes someone else’s sin, the sin of someone who knew Jesus and had close fellowship with Him for three years, but ultimately betrayed him and we are clearly told that that sin committed by that false disciple is an even greater sin than Pilate’s.

Continuing with the account of the crucifixion, the leader of the disciples, Peter, enters the scene, of which it is written:

But Peter followed him afar off unto the high priest’s palace, and went in, and sat with the servants, to see the end.

Then it is described how Peter dared to deny that he knew Jesus and he affirmed that on three occasions.

And Peter remembered the word of Jesus, which said unto him, Before the cock crow, thou shalt deny me thrice. And he went out, and wept bitterly.

This was the stumbling of a true believer, whom the Lord preserved and therefore was able to repent and was restored.

Let us analyze then all the sins that appear in the story of the Passion and death of our Savior that is recorded in the Gospel.

The sin of religious and political leaders who wanted to eliminate the one who had denounced their hypocrisies, false religion and injustice.
The sin of a people who were carried away by ungodly leaders.
The sin of a pagan leader who gave in to pressure, to avoid complications in his relations with the people. He did the politically expedient.
The sin of a false friend, a traitor.
The sin of a cowardly believer.

These same sins are committed daily.
1- Religious and political leaders fall into hypocrisy and make decisions for convenience and according to their selfish interests and not according to justice and the truth, which is often uncomfortable.
2- People continue to be manipulated and blindly follow their leaders without questioning them, instead of checking if those leaders are acting according to the law of God.
3- Many believe that they can free their consciences with an illusory neutrality, without realizing that the one who does not make a firm decision for justice, has already decided for injustice. There is no way to wash your hands here. There are no innocents.
4- The great tragedy in many modern Christian churches is that the Judases do not constitute a twelfth of the congregation, but have multiplied and are willing to sell the Faith for a few coins. It seems rather that one in twelve is a true follower of Christ.
5- True believers continue to stumble clumsily, trusting in their own strength as Peter did.

The generality of humanity is represented in the groups described above and we must be honest to recognize it.

To find out which of these groups you belong to, you should try to answer a question similar to the one asked by Pilate to the people. The determining question is this:

Will you wash your hands, thinking that this has nothing to do with you?
Will you fall into the trap of secularism that affirms that religion is something that must be eradicated?
Have you blindly believed what religious leaders teach, without honestly inquiring about Scripture about Christ and what He asks from you?
Do you appear to be a Christian (as Judas pretended), but love sin and live like the devil?
Are you following Christ from afar like a coward? Is your conscience tainted by denying Christ with your words or your conduct?

The situation is terrible and there is no escape.

What are we going to answer?
There was more in that Pilate’s conversation with Christ, let’s see:

Pilate therefore said unto him, Art thou a king then? Jesus answered, Thou sayest that I am a king. To this end was I born, and for this cause came I into the world, that I should bear witness unto the truth. Every one that is of the truth heareth my voice. Pilate saith unto him, What is truth?

Will you excuse yourself before God because you did not know what the truth was? Christ Himself is The Truth (John 14.6)

Even if they don’t say it in words, many are still shouting «crucify him.»
Although they are trying to keep up appearances, many are considering benefiting from the thirty pieces of silver, because treason to the Gospel brings certain benefits in this life, but what will be the eternal destiny?

Lastly, I think there are others who are crying bitterly over our cowards and wish to be restored!

I invite you to consider this answer:

What shall I do with Jesus? I will surrender to His blessed feet asking for mercy and forgiveness. I will believe His words that He does not reject those who come to Him (John 6.37). I will recognize him as my Savior and I will obey His teachings because he is my Lord. I will live for Him because He died for me and while I wait for Him to return, as He promised, I will announce to everyone that Jesus is the Christ, the Eternal Son of God who became man to pay for the sins of His people. With His death, He gave us life and everyone who believes in Him will not lose but will receive eternal life. 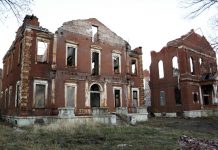 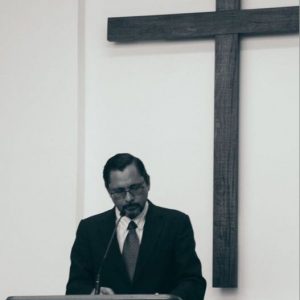